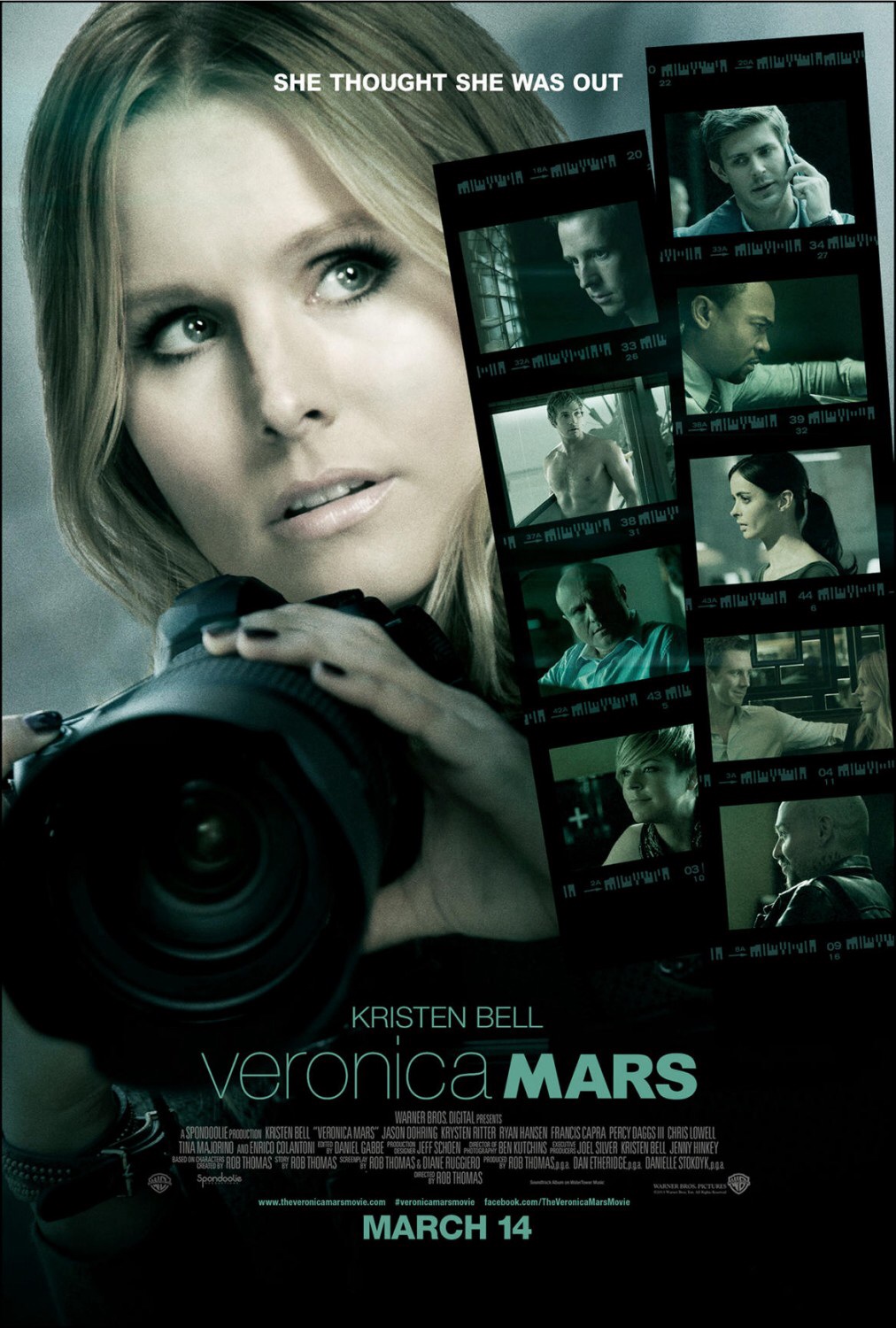 When Rob Thomas launched the 2013 Veronica Mars Movie Kickstarter project I was really excited to hear one of my all-time favorite TV shows was going to try and leverage their passionate fanbase and make a film. Before I could back the project, like any good Veronica Mars fanboy, I lost my job and had to sit back and rely on my fellow fanboys and girls to do the heavy lifting.

Of course you know, the project was successfully funded receiving a $5.7 million in pledges towards a $2 million funding goal. So the movie was funded and production began and release dates were set. In the case of the Veronica Mars movie, that release date was March 14, 2014 (Pi Day if you will). The best part, is not only would the movie be in theaters, but also on demand, specifically on iTunes. Needless to say I made my purchase around 9:30 am EST. And so here is my Veronica Mars Movie Review:

Upon what I assume will be the first of many viewings, I found myself quickly falling back in step with the Veronica Mars-verse. Picking up about a decade after the end of the television series, we find Veronica Mars (Kristen Bell)  in the middle of a job interview at a fancy pants law firm in the NYC. NOT as a member of the FBI as you can see in the bonus feature of the Season 3 DVD set. Early into the film Veronica Mars is called back home to Neptune, where Logan Echolls (Jason Dohring) is being accused of a murder he didn’t commit.

Veronica bailing Logan out of a jam is not new for this particular gang of “Scoobies”, but serves as a great path way for adult Veronica to find her way back to the one place she swore she’d never return. I really enjoyed all of the reunion of all the characters, especially Mak (Tina Majorino) and Wallace (Percy Daggs). One character return I didn’t really welcome with open arms was the reintroduction of “Piz” (Chris Lowell), not because I didn’t want to see Piz return, but because I was never crazy about the shipping between Veronica and Piz. So, having the start the movie as boyfriend/girlfriend felt a bit like pandering to the fans.

Another issue, was the “B storyline” with Eli ‘Weevil’ Navarro (Francis Capra), it felt like it really took away from the overall mystery of the Logan whodunnit. Actually, at one point the the B-story felt like it belonged in a different movie, or better yet another episode of the series. Now, the Weevil story does set up the idea for a sequel if this one does well enough, so there is no reason to hate on it. I just wanted to point out it felt a bit out of place.

I enjoyed the inclusion of now, Detective Leo D’Amato (Max Greenfield), Uber-creep Vinnie Van Lowe (Ken Marino) and party-boy Dick Casablancas (Ryan Hansen). It was great to check in on the growth, or lack there of, of some of the great supporting cast that made the Veronica Mars series so much fun. I would be remiss if I didn’t add a note or two about Enrico Colantoni… aka Keith Mars. For all three seasons of the television series Enrico Colantoni was the heart of the show. His efforts in the movie bring the same heart to the screen, as Keith Mars is conflicted to see Veronica back in Neptune. Wanting nothing more than for her to forget about the Private Eye life and move on with her life, free of the albatross that is her home town.

The movie does a great job standing on it’s own free of the television series, but if you are a fan/watcher of the show there are enough bit of easter eggy goodness to keep you smirking and laughing throughout. One nice moment of levity is the Dax Shepard cameo as the skeezy 0-9er (the appropriately named Neptune hotspot) patron, as he tries to coax the solo Veronica on to the dance floor with this “sweet” moves.

If you are a fan of the show, you really should PAY to see this movie. It was a nice trip down memory lane to some of the most heartfelt and authentic characters ever to grace the small or silver screen. If anything, you should at the very least be interested to see how the crowdfunded movie is received by the lager mainstream audience. We could very well be looking at the future of independent film making.

What do you think? Are you interested in seeing the Veronica Mars movie? Have you seen it? Share your thoughts.