The CW has released the first  look at Grant Gustin as The Flash in their upcoming pilot (well his head at the very least). What do you think of the headgear of the costume? Gustin’s costume  was designed by Oscar-winning designer Colleen Atwood. I can’t wait to see the full costume, and as always I always hold off judgement until I see the effects will look like when Gustin looks like whilst running at super speed.

In the Arrow spin-off series, scientist Barry Allen (Gustin) has a freak accident that gives him the power of super speed and transforms him into the Fastest Man Alive (as seen in the Arrow Season 2 episode Three Ghosts). While Allen was introduced on  Arrow, he won’t make his debut as The Flash until his very own pilot, production on which begins next week.

What do you think of The Flash First Look? I personally love the ear piece. 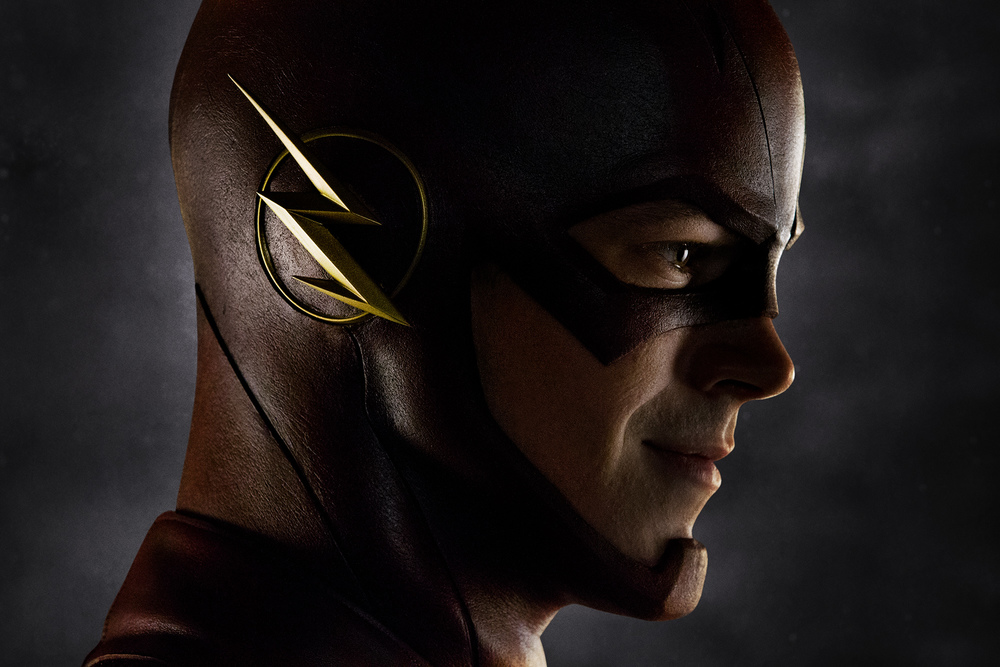