The Conjuring Stirs Up the Creepy 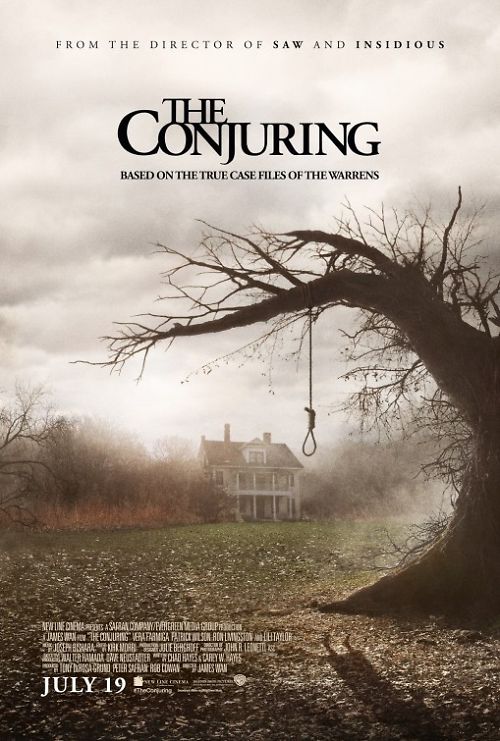 Movies trends are like anything else; if something hits pay dirt, that formula is copied over and over again. Sometimes the results are good, other times not so much. The Conjuring falls into the former category while at the same time expanding the universe of Ed (Patrick Wilson, “A Gifted Man”, “Insidious”) and Lorraine Warren (Vera Farmiga, “The Bates Motel”, “Up in the Air”)whose exploits have been captured in The Amityville Horror and A Haunting in Connecticut.

Similar to its silver screen brethren, The Conjuring centers on the Perron family. Roger (Ron Livingston of “Office Space” and “The Odd Life of Timothy Green”), Carolyn (Lili Taylor of “Public Enemies” and NetFlix’s “Hemlock Grove”) and their five daughters move into their new home out in the country. It doesn’t take long for the weirdness to make itself known when the family’s dog, Sadie, refuses to enter the premises. Two things really kick off the evil pyrotechnics the day of their arrival; April (the adorable Kyla Deaver), the youngest Perron, finds a music box under a tree by the lake and that same night the Perrons find a boarded up cellar that houses quite a bit of furniture from the previous owner. Combined, the discoveries expose the family to the malevolence inhabiting the property and a desperate Carolyn goes to the Warrens for help.

The country’s foremost experts on demonology, the husband and wife duo answer Carolyn’s pleas and investigate the Perron’s new home. A powerful clairvoyant, Lorraine knows there’s some serious badness creeping around the moment she steps inside. It’s enough for them to take the case and what follows is race against time to save the Perron’s before the demonic entity destroys the family.

We can go over the acting (which was quite good), the script (well done) or the special effects (effective) but the most important question is whether or not The Conjuring does what a movie like this is made to do, namely scare the bejesus out of the audience. I can most certainly say it passes that test with flying colors. Though the music is, at times, a bit too over the top in building up tension or throwing in a red herring, it does a good job setting the tone as the film works towards the somewhat formulaic but fantastically suspenseful climax.

As a movie, The Conjuring is a welcome treat, showcasing an excellent cast, effective storyline as well as its own unique tale of possession. But it excels in its particular genre, harboring an eerie quality that stays with the viewer long after the credits roll. Its only downfall is that, like many horror movies, it doesn’t play too well for multiple viewings. While it’s not fun per se, The Conjuring is an enjoyable time that will make you peer just a bit harder into every little dark corner and wonder if that knocking is the house settling or something a bit more sinister.