You will not have more fun at a movie this year or next than you will when you make your visit to Zombieland directed by Ruben Fleischer(Fantasy Factory).

Zombieland is one of the best pure zombie movies in a while (at least since 28 Days Later).  Zombieland starts with some great slow-mo zombie apocalypse action with Columbus getting everyone up to speed on the happenings on planet Earth.

Jesse Eisenberg (Adventureland) stars as the above mentioned Columbus, one of the few human survivors trying to get back home to Columbus to try and find out if his family has survived. Columbus lives his life by a very specific set of 32 rules he has created to stay alive (i.e. Rule #1 Cardio, Rule #2 Beware of Bathrooms, Rule #3 Seatbelts, Rule #4 Doubletap). His strict adherence to these rules have kept him alive and on the road east from Texas to Ohio.

On his way back home Columbus runs into Tallahassee played by Woody Harrelson (White Men Can’t Jump) who has survived by shear force of will and zombie killing awesomeness. Tallahassee is also on a never ending quest to find a Twinkie™. He is also shares with Columbus that he is driven by the memory of his dead puppy Buck, which later turns out to actually be his young son (so his zombie kick-assery  is totally understandable).

Columbus and Tallahassee team up and start heading east only to be side tracked by Tallahassee’s irrational need for a Twinkie™. The stop off at a grocery store where we get to see first hand Tallahassee’s zombie killing skills, when he kills 3 very VERY fat zombies, first with a banjo, then with a baseball bat and finally with hedge clippers, all while making clever Spider-manesque quips.

It is here that our hard traveling heroes run into sister Wichita, played by Emma Stone (Superbad), and Little Rock played by Abigail Breslin (Little Miss Sunshine). The sisters have survived by using their wits, intelligence and ruthlessness, as exhibited when Little Rock feigns being bitten only until she and Wichita gain the upper hand stranding T&C. On a side note… When did Emma Stone get so freaking hot??? I mean seriously she was always cute, but she has graduated to full on hot status with Zombieland.

So, the sisters steal T&C’s truck and gear only to head west to get to Pacific Playland, which they understand is completely zombie free. This is where the movie gets a little slow to me, as it is basically the Coyote vs. the Roadrunner for the next 15 minutes or so, as there is a lot of back and fourth between T&C and the Sisters until they finally team up and all head west together.

At this point they are now one big happy family and blow off some steam at an Indian shop and pretty much destroy the shop to refuel, and then get back on the road to California. Back on the road there is some travel montage, and then they end up in Hollywood, where they grab a Star Map and go driving around looking for the house of “the King” according to Tallahassee (pppsssttt… it’s Bill Murray’s house). So the next break of the movie is Columbus and Wichita bonding and getting closer, being they are the only real available “option” for each other. While Tallahassee starts bonding with Little Rock, teaching her how to better shoot and become more of a deadeye.

This is the part of the movie where we get one of the greatest cameos of all time… ALL TIME, Bill Murray (Ghostbusters) as Himself. Now Bill has survived all this time by posing and dressing as a zombie, because according to Bill, “You don’t zombies messing with each other”.  Bill, Wichita and Tallahassee all decide to pull a prank on Columbus and have Bill sneak up on him in full zombie wig and make up, this does not end well as Columbus shoots Bill in the chest killing him… slowly, as there is enough time for several apologies and Bill lets out his final breath several times. All high comedy.

After a near miss of a hook up between Columbus and Wichita, broken up by the poor, poor timing of Tallahassee, the Sisters take off in the groups H2 and head for Pacific Playland leaving T&C behind. Dejected Columbus wants to chase after them while Tallahassee just wants to move on, probably to fine some more Twinkies™. Anyway, after a failed attempt to ride a motorcycle T&C decide to stick together and head towards Pacific Playland, only to find it lit up like Vegas and infested with zombies as the Sisters are trapped on a ride killing off zombies as they attempt to climb up and eat the girls.

Now is the time for T&C to the rescue! As Tallahassee draws the majority of the zombies away from the girls and Columbus runs to save them we get to see all three storylines; the Sisters stuck and desperately trying to get out of the situation they got themselves in, Columbus on the way to save the day and Tallahassee going on on mad zombie killing spree.

I’ve spoiled enough so you’ll have to see Zombieland to find out the end, but I will say there was nothing disappointing about this movie and I don’t remember the last time I laughed out loud at a movie in the theater so much.

To quote Tallahassee, “It’s time to nut up, or shut up” and go see Zombieland. Run don’t walk (or zombie “saunter”) to the theater. 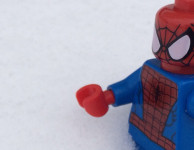 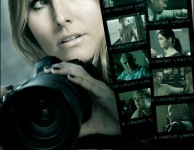 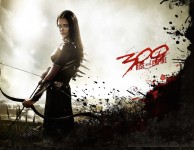